Winter disappeared on the Gunflint Trail rather suddenly.  We didn’t expect that.

The last two winters went on far too long, with snowfalls in April, May, and even early June.  The ice barely went out in time for the fishing opener.  This extended winter made it very difficult to deal with the seasonal transition at Bearskin.  We can’t put in docks when there is ice on the lakes or take off storm windows when a cabin is surrounded by two feet of snow. We assumed it would be more of the same this year.

So now suddenly the snow is gone.  It happened quickly, during a time when skiing is normally fabulous.  Guests handled the peculiar change well.  Midwesterners are so thrilled by the first budding days of spring that it offsets the disappointment of saying goodbye to winter activities.  The combination of frozen ground and no snow makes hiking on the ski trails this March exceptionally nice — there’s been much less of the “caked mud on shoes” experience that often defines spring.

We aren’t so naive as to think that we won’t get hit hard with snow again in April.  Check out the pictures from April 2009 and April 2008.  The Gunflint Trail has a history of April snowstorms.  But this has been a pleasant reprieve, even if it doesn’t last.

We’re all wondering how the warmer temps will affect the ice.  Ice fishermen reported very unusual March ice conditions when they drilled holes in some nearby lakes — in places, they said,  the ice looks “rotten” or “like a snow cone.” A car went through the ice near shore last week on a Gunflint Trail lake north of us.  Yesterday East Bearskin Lake was covered with huge patches of water.  Today the patches seem to be frozen again, but ridges are forming across the lake. Near the lodge, East Bearskin lake looks like a teacher demo for an 8th grade earth science class about plate tectonics. Each night the lake makes huge, loud booming sounds.

A little of the past “ice out” history is documented in this blog from last spring.  The date the ice goes out has been fairly consistent, but we’re wondering how the warmer temps and lack of snow cover will affect the ice this year.  Last year we had a fairly informal “guess the ice out date” contest through this blog; a few guests came remarkably close.

Guessing this year might be more of a challenge!  We’ll offer a T-shirt prize this year to the person who comes the closest to the date.  The guess has to be posted 5 or more days before the actual ice out date. No fair watching the ice go out on web cam and posting “now, now, now!”  (Although last year many people called to say they did see it go out on the web cam — it was really quite absorbing to watch.)  Post your guesses as comments on this blog or, if you have a Facebook account, on Bearskin’s  Facebook  fan page.

If you’re seriously into date guessing games, there’s also a contest on the Gunflint Trail Association Facebook fan page.  Facebook users can make a guess for East Bearskin, Gunflint, and Saganaga Lakes. To find the guessing game discussion, look for the tab near the top of the GTA page labeled “Boxes.” 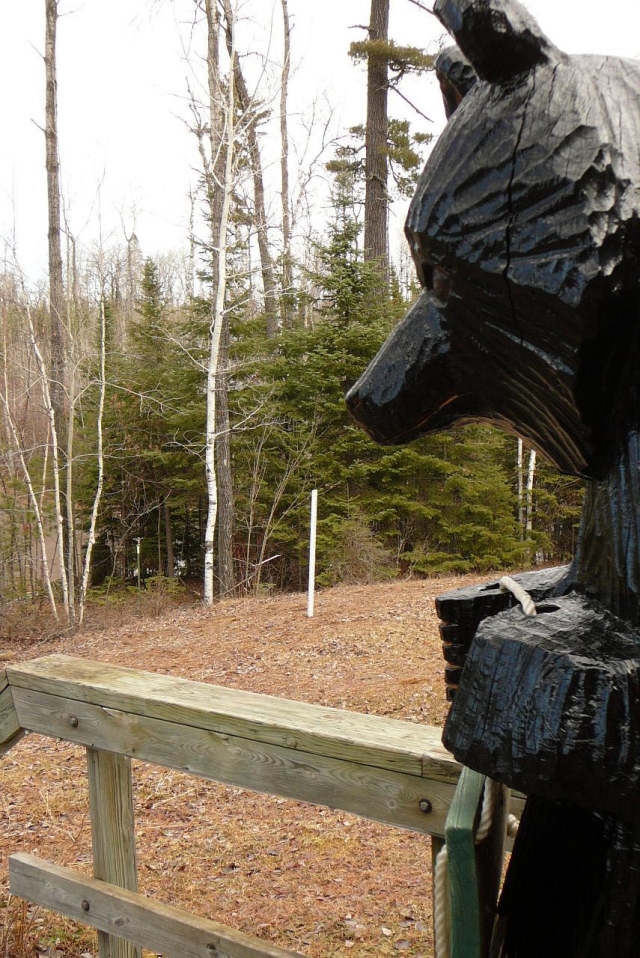 3 thoughts on “Could winter really be over? Nah…. Time to start guessing the “ice out” date!”